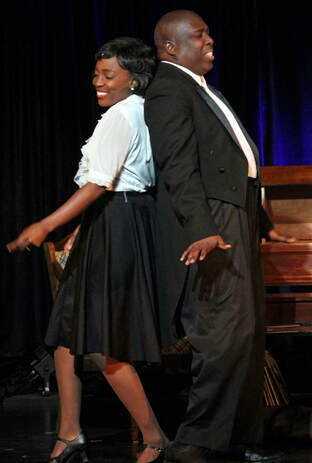 LIL & SATCHMO is the exciting story of jazz pioneers Lil Hardin Armstrong and her husband Louis Armstrong. Bursting with songs and spanning a half-century, this full-length play dramatizes their love and lives as they helped to create jazz, the original American musical art form.

Playwright Jo Morello teamed with director Chuck Smith and music advisor Dick Hyman to develop the play at Sarasota’s Westcoast Black Theatre Troupe, the play’s artistic home. She also worked with the Jazz Club of Sarasota, presenting a workshop production as part of the 39th Sarasota Jazz Festival in March 2019. Trumpeter Randy Sandke handled the music for the play's 30+ songs and Steven Phillips signed on as vocal coach. When illness forced Smith to withdraw as director of the January 2020 production, Harry Bryce stepped in and brought LIL & LOUIS to life onstage. 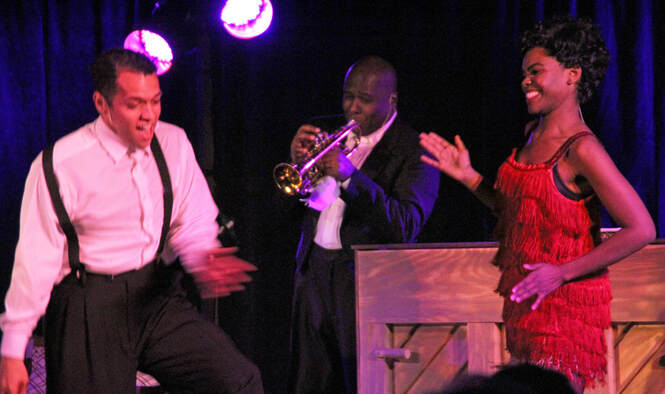 ​  ". . .the heartwarming and heartbreaking story of Lil Hardin Armstrong, a dominant force behind the success of her world famous husband, trumpeter Louis Armstrong. . . . The message this production brings to the stage is so relevant to our world today as even now women struggle for the right to have their work recognized and rewarded."--Broadway World
​
"Jo Morello's two-act play Lil & Louis offers its audience many insights into the star-crossed lives and music of trumpeter Louis Armstrong and his second wife, pianist and composer Lil Hardin Armstrong. Its central question - 'If the world didn't have a Lil, would it have had a Louis?'- doesn't get a clear answer, but is something to ponder."--Ken Franckling's Jazz Notes 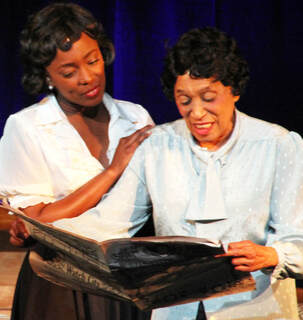 "...playwright Jo Morello shines a light on Lil’s many-faceted musical achievements and her influence on his career.  Theirs was also a short-lived marriage but a love story that lasted as long as their lives." (3 ½* of 4)
​--Totaltheater.com

" . . . a grateful audience enjoyed seeing the drama unfold. The music, pre-recorded by nationally acclaimed musicians, including 30-plus famous jazz pieces such as “Saint Louis Blues,” “The Sheik of Araby,” and “I Wonder Who’s Kissing Him Now,” was spot on.​"--Venice Gondolier Sun
Photos: Ken Franckling
Powered by