Credentials of the entire company are also impressive. A talented troupe of actors, techies, advisers, and volunteers have enthusiastically joined forces to present LIL & LOUIS in January 2020. Script consultant Chuck Smith said, “Lil is going to take us on a wonderful musical ride.”

Click HERE  for the Program Book from the January 2020 production, with full credits of the LIL & LOUIS company and crew. 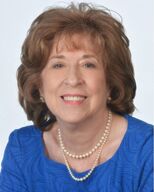 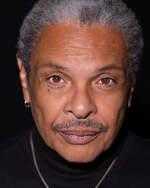 HARRY BRYCE ​(director) is a resident director with the Westcoast Black Theatre Troupe. He has developed visionary works as a director, choreographer, writer, and arts educator for over thirty years, directing for professional theater companies throughout the U.S. He received the 2000 Carter G. Woodson Award of Merit for Lifetime Achievements in Performing Arts. He is best known locally for his work with Westcoast Black Theatre Troupe, where he has directed nine shows including Dearly Departed, Little Shop of Horrors, and Bubbling Brown Sugar.
​
In 1997 Bryce founded the Memphis Black Repertory Theatre, where he was producing artistic director for five seasons, producing and directing 21 shows. He has also directed for the past 11 years at Cumberland County Playhouse, the largest and oldest professional regional theater in Tennessee). He has led dance companies in Richmond, VA and Atlanta, GA where his original concert ballet, Beyond the Cane Breaks: Moments in the Life of Harriet Tubman performed to sell-out crowds and received national and critical acclaim at the National Black Arts Festival. 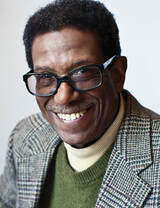 CHUCK SMITH  (consultant, script development) is a resident director at the Westcoast Black Theatre Troupe (WBTT) in Sarasota, Florida, where his credits include The Amen Corner, The Mountaintop, The Piano Lesson, Ma Rainey’s Black Bottom, Knock Me a Kiss and, in 2020, Flyin’ West. In Chicago he is a member of the Goodman Theatre’s Board of Trustees and a resident director. He is also a Chicago American Blues associate artist (Leroi Jones’ Dutchman and Pearl Cleage’s  Flyin’  West). In 2019 Chuck was awarded an honorary doctorate from his alma mater, Governors State University in University Park, IL. He is a 2003 inductee into the Chicago State University Gwendolyn Brooks Center’s Literary Hall of Fame and 2001 Chicago Tribune Chicagoan of the Year. He is also recipient of the 1982 Paul Robeson Award and the 1997 Award of Merit presented by the Black Theater Alliance of Chicago. Click HERE for bio. 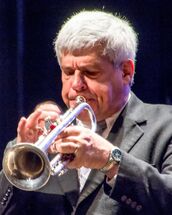 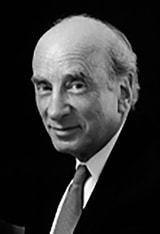 ​DICK HYMAN  (music adviser), an NEA Jazz Master, is a pianist, organist, arranger, music director, and composer. With over 100 albums under his name, he was among the first to record on the Moog synthesizer; his Minotaur hit Billboard charts. Dick has won seven Most Valuable Player Awards from the National Academy of Recording Arts and Sciences and two Emmy awards. He was music director for Benny Goodman's final TV appearance, In Performance at the White House, and orchestrator of Broadway’s Sugar Babies. In addition, Dick was composer/arranger for twelve Woody Allen movies, Moonstruck, Scott Joplin and other films. He was also artistic director for Jazz in July at the 92nd Street Y for twenty years. A member of the Jazz Hall of Fame of the Rutgers Institute of Jazz Studies and the New Jersey Jazz Society, Dick has been awarded honorary doctorates from the Juilliard School of Music and Wilkes College and the Satchmo from the Jazz Club of Sarasota. Click HERE for bio. 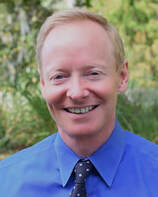 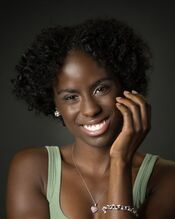 ​Choreographer BRENTNEY J. is an Atlanta-based dancer/singer/actor who frequently performs with Westcoast Black Theatre Troupe. She has choreographed and assisted various projects across the country. She is currently the director/choreographer for M.A.D. (Music Acting Dance LLC), a musical theater training company in Atlanta. She is honored to bring her choreography talents to the Sarasota stage. Click HERE for resume.